Once Upon A Time till Happily Ever After

“Once Upon a Time” … is how several favorite stories begin, ending with a “Happily Ever After.” Here are some ‘happily’ and some ‘not-so-happily’ ever after favorites of the Glorious Story Emporium Crew:

So what is my favorite “Happily Ever After” story? This elusive ending took on new meaning the summer I turned 8 and my widowed paternal Grandpa died. My family and I were living in his house and to cheer me up, my maternal Grandparents swooped down from their paradisiacal retirement home in the aptly named town of Paradise, California, breathing new life into my storytelling adventures. That summer, my Grandma spoiled me by tucking me into bed after lunch for naps with a chapter a day from a book with a long forgotten title about a fun magical babysitter and her smelly cabbage soup. Grandpa would later entertain me in the long afternoons watching classic thrillers, like Wait Until Dark (at which my screams would bring Grandma running in, to distract me — and to scold Grandpa). Later at night, she’d sing me songs and tell me tall tales and “Happily Ever After Stories” until the scary images were replaced with ‘visions of sugar plums’ dancing in my head. That was also the summer, for the very first time, I was given a chapter book of my own to keep and read, a Nancy Drew mystery.

All of these experiences surrounding storytelling inspired me to write my very first book.  I wrote a biography about my recently deceased Grandpa’s life … at least all the exciting parts I could remember from his eulogy at the funeral. The “Happily Ever After” ending in my book, I credit to my parents (Sharon and Kelly) who consistently took me to church to learn about Jesus Christ’s sacrifice and the Resurrection. My living Grandparents were so proud and filled with high hopes of their author prodigy, until I left my only copy of the hand illustrated book, along with my boarding pass on my connecting flight home. Yet that didn’t stop me from trying to recreate the book as soon as I landed and to continue to create stories to benefit others. As of this past decade, my and my husband’s Grandparents are now enjoying their true love in actual Paradise, while my husband, Patrick and I, enjoy the start of our “Happily Ever After.”

The Art of Storytelling: 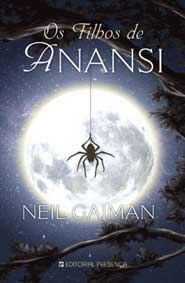 Storytelling circulated well before the Brother’s Grimm collected local oral histories. Storytelling, whether just orally or through action such as in improv, is a long-held tradition reaching back generations to a time before literacy was less common and oral histories were passed from generation to generation. In the creation stories of Africa, Anansi the Spider, the famous storyteller, obtains all of the stories from the Sky God. In the more modern fictional world, the early 20th Century character, Wendy Darling, told such great stories nightly to her siblings John and Michael, that the famous Peter Pan would eavesdrop to pass the stories along to his Lost Boys. Ironically today, we can “hear Wendy” via the magic of audiobooks. Later in the 20th Century, programs, such as Nancy Reagan’s Read Aloud campaign was less about storytelling, as opposed to reading aloud to a child or illiterate. In our day, it could be argued that cable television and the internet have replaced much of our time for storytelling. However, some utilize the advances in technology (radio, television, internet, kindle) to help promote the art of storytelling; for example, Orson Welles using radio for War of the Worlds. Television has also had its own “reality storytelling” starting with such benign shows  as Candid Camera  and continues today with entire channels devoted to “reality t.v.” Storytelling in the written word is gaining momentum as

evidenced by over 150,000 unique blogging domains added to the internet each day. The internet also has its hand in the art of “live” storytelling as “impromptu” stories go viral as part of our new “reality.” However, due to the ease and expectation of editing, nothing can truly compare to actual live storytelling. Live storytelling, once a popular act in Vaudeville, is regaining popularity, spawning National Storytelling Festivals throughout the United States. Here in Utah County, beginning in 1990, The Timpanogos StoryTelling Festival has grown to be “the largest storytelling festival in the West.” Their Festival has run annually for 28 years, so if you missed it this year, plan to catch it the first Thursday-Saturday after Labor Day.

A Day in the World of Friedrich Schiller

Microburst: Interview with a Playwright