In writing The Servant of Two Masters, Carlo Goldoni used several classic commedia dell’arte characters to tell his hilarious story.  Many of these characters, often described as “stock characters,” are still used in theatre and film today.  Let’s see who you recognize.

First up there are the servants, or the Zanni.  With names like Truffaldino, Arlecchino, Smeraldina and Pulcinella, the servants are usually defined as astute tricksters.  The bottom of the pecking order, zanni come from the countryside (most often the city of Bergamo) and represented the poor farm and immigrant workers of Italy.

The zanni are often mischevious and are ruled by their survival instincts – especially by hunger.  Led by their stomachs instead of their brains, the zanni provide most of the comic relief in any commedia style play.  In fact, their main purpose in the storyline is to be the “principal contributor to any confusion.” Misunderstanding, tricks, pranks and continuous attempts to pull one over their masters led to extreme physical comedy known as lazzi.  The most common lazzi involves the use of a batacchio or slapstick, when the zanni receives punishment from his master for one of his tricks.

The zanni are loveable in their stupidity and often interact directly with the audience, ensuring their sympathy.  The greater the scrape -and the more impossible the situation – the more you root for them to succeed. 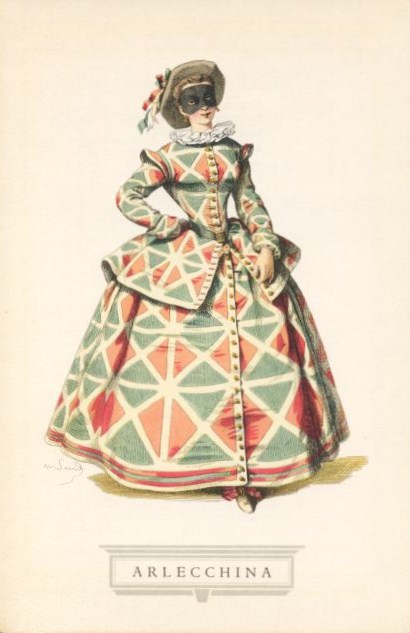 Next up, we’ll meet their masters…